January’s issue of The Lancet Planetary Health had a feature on the Australian fires. In this week’s blog I’m going to highlight some of the features of this article and the Australian fires, which so clearly demonstrate how the health of our planet and our health are so closely linked.

If you’re not sure what Planetary Health is, check out a previous blog I’ve written about just that! I’ve also got a section of the blog dedicated to it if you’d like to read more.

Environmental and ecological impacts of the fires:

The fires have devastated much of Australia’s carbon stores, which in turn makes the challenge of climate change even more difficult. The carbon dioxide emissions of the fires are as much as half of Australia’s annual emissions.

By mid-January over 7.3 million hectares have been burnt across all 6 Australian states. This has resulted in more than 800 million animal deaths, despite the best efforts of many. 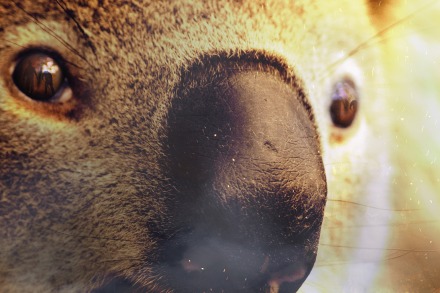 According to Pep Canadell – chief executive of the Global Carbon Project, and a researcher at the Commonwealth Scientific and Industrial Research Organisation (CSIRO) – 2019 was the driest and hottest year ever recorded for Australia. This is part of a long-term trend seen of warmer temperatures and increased variability in rainfall – with very dry and very wet years. This situation gives rise to increased risk of catastrophic weather conditions, which will lead to more fire activity being continued.

Climate change is has been driving these fires.

These fires aren’t actually breaking the records for scale, what is unparalleled is the quantity of temperate forests which have burned. This is concerning because forest store a lot more carbon than grass or savanna. In grasslands the carbon that was lost through the fires can be recovered within 1-2 years as plants and soils regrow. In forest fires, however, carbon released takes 10s to 100s of years to be recovered.

Human health impacts of the fires:

With air pollution created from the fires, Sydney had levels 11 times that deemed hazardous in early December.

The dense smoke and long duration which people have had to endure smoke inhalation is posing a health risk to even previously healthy individuals. Individuals with pre-existing health concerns, especially lung problems, are still most at risk. A recent study showed that bushfire smoke could be toxic to those with asthma. This can lead to social dispersion, with communities and families being split up as those who suffer from respiratory conditions. Although recommendations have been to stay inside, and this has been deemed the safest option, smoke is penetrating inside homes and building – leading to leaving towns potentially being the best option for some.

Chris Moy, chair of the Australian Medical Association’s ethics and medico-legal committee, told one newspaper that “there are people who are going to probably die from these conditions”— a statement which has been supported by research.

There is growing evidence that poor air quality due to pollution is associated with Parkinson’s and Alzheimer’s disease (something I was reading studies about during my Environmental health module of my public health master’s).

This Australian case study is to demonstrate how climate change can present real and serious health challenges for us all. In September, 2019, the AMA joined other medical associations around the world in declaring a climate change and health emergency.

“There is no doubt that climate change is a health emergency” – Dr Tony Bartone, the president of the AMA.

If you want to read the article from The Lancet Planetary Health in full just click here.

I’m really hoping to write more about planetary health, especially as I’m doing a module in it in my Public Health master’s which starts in a couple of weeks. It would be great to get some feedback as to if you like posts on this topic – feel free to leave a comment below or get in touch via Instagram.

View all posts by thelifestylepill